Messed up band names are most definitely a sign of pure genius, and iwrestledabearonce delivers upon such assumptions.

iwrestledatrannyonce but that is something between me and the Nevada State Police.

iwrestledabearonce play a damaged, schizophrenic type of metalcore that shifts more gears than a Louisiana trucker on Mexican meth.

They claim a diverse range of influences, as reflected in their delivery, from such bands as Dillinger Escape Plan, Radiohead, and Bjork.

Conceived in Shreveport, LA in 2007, the band found themselves signed to mega-metal label Century Media by 2008 and dropping their debut full length, “It’s All Happening” in 2009. 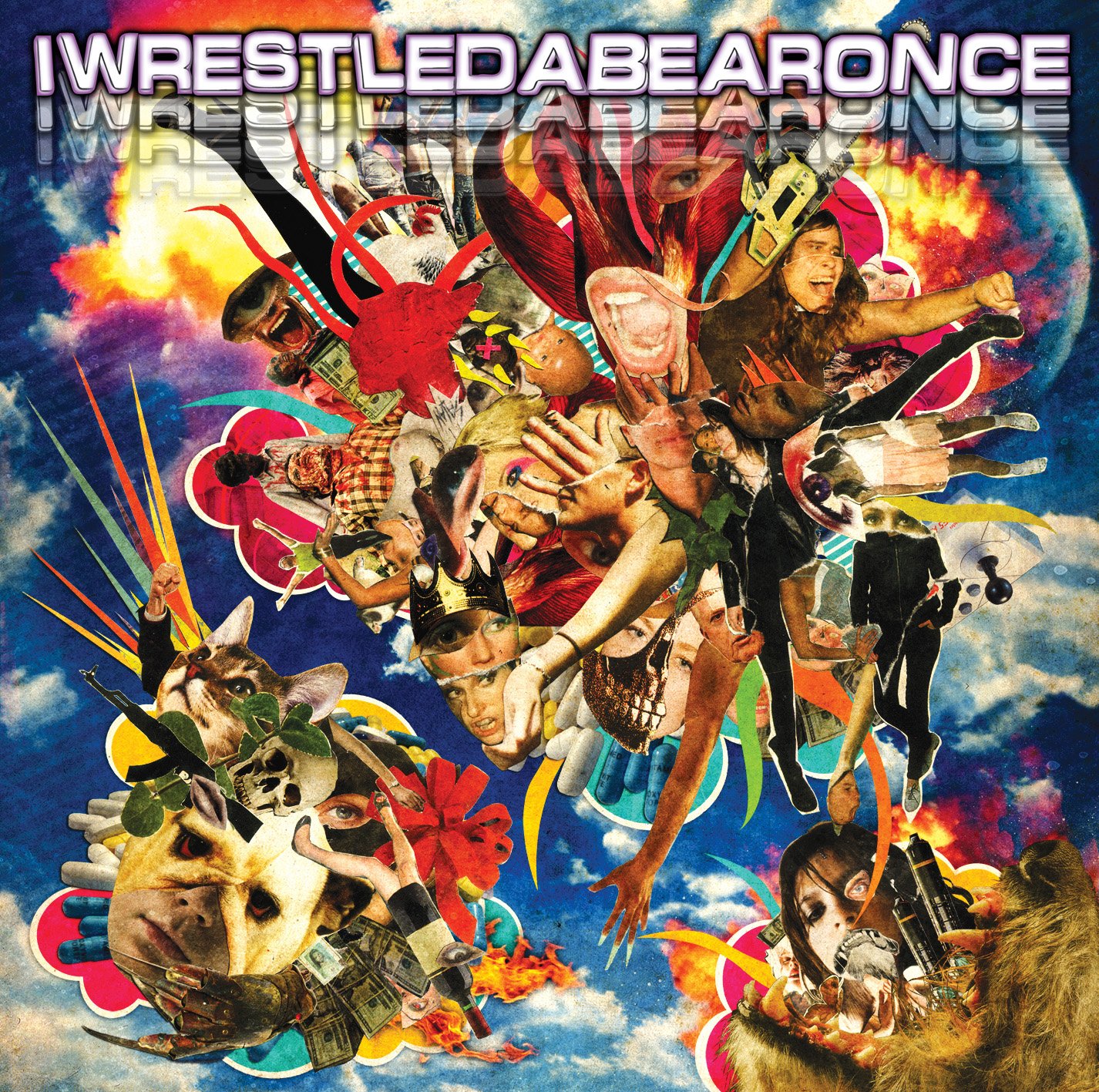 The single from that album that made the most noise was a track called, ‘Tastes Like Kevin Bacon‘ and helped push the album to No.1 on Billboard’s Top Heatseekers.

A relocation to Birmingham, AL preceded the recording of the band’s next album that was marked by an announcement from guitarist Steven Bradley that the new direction for the band was going to be ‘90% black metal’.

They would be embracing traditional sonic and visual styles, including corpse paint as their rejection of all things labeled ‘core’ and their disdain at being categorized as such. “Ruining It For Everybody” was released in 2011 on Century Media Records.

Long time fans of the band knew having a post-ironic sense of humor was part of the gig, so it came as little surprise when the album actually dropped, that instead of black metal, iwrestledabearonce had honed their attack into a refined machine of multiple incisions, each slice cutting harder into some jagged metal amalgam of disjointed riffs and speedy attention deficit breaks. The track, ‘You know that ain’t them dogs’ real voices‘ captures prime iwrestledabearonce firing on all cylinders.

It was on support of this album during Warped Tour 2012 that it was announced vocalist Krysta Cameron had become pregnant and would be replaced by Courtney LaPlante for the remainder of the tour.

2013 sawthe first release with their new singer. “Late For Nothing”, once again on Century Media. While still maintaining a lot of aggression, the new line-up took full advantage of the howling and haunting range of LaPlante’s vocal style.

Less dis-jointed and more focused, the music still contained liberal doses of death-like growls and surgical breakdowns. All wound together, a distinct departure while still holding onto a lot of what made this band unique from the beginning.

The song ‘Thunder Chunky‘ was the first dose of this new chemistry.

Another great song called ‘Boat Paddle‘ with a completely ridiculous video from that same album.

‘Firebees‘ was another single that highlights the dichotomy of dis-alarmingly angelic vocals being torn apart by ragged aggression with a blistering guitar assault right out the gate.

A good touring ethic and strong live shows propelled the band forward into their next album, “Hail Mary” which came out in 2015 via Artery Recordings (a Razor & Tie imprint).

Another jack-hammering track of brutality and one of their strongest offerings to date… ‘Green Eyes‘.

If you have diligently checked out each of these songs we’ve just presented, it should be easy to track the progression among this small sampling of music. iwrestledabearonce are able to play upon their influences while simultaneously smashing them into little metallic pieces. Wrapped up in the soaring and unpredictable vocals of LaPlante, iwrestledabearonce are in full form. One of the most badass band logos ever made.