This is Dream Theater. The progressive metal outfit has been making intellectual hard rock since 1985.

Dream Theater’s sophomore effort, “Images & Words” stands out with fans as one of the most defining releases produced by this Boston based band. 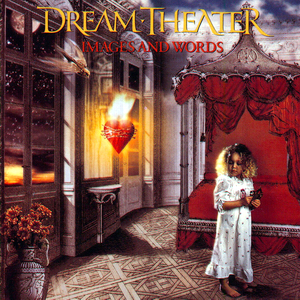 To mark the 25th anniversary of the album, the band put together the “Images, Words & Beyond Tour” and lined up some select European dates to the delight of many long-time fans.

The band is bringing the tour state-side with a string of shows throughout the fall of 2017.

“We are so psyched to bring our ‘Images, Words & Beyond’ tour to North America this fall! It’s hard to believe that it’s already been 25 years since Images was released! We’ve been having a blast playing those songs each night, and sharing memories and stories from our time in the studio back in 1992. We know that this is such an important album to so many of our fans, both old and new, so we plan on making this a really special night by playing “Images & Words” in its entirety as well as breaking out some rare material, and a few of our latest tunes, in order to make this landmark evening compete. We hope to see all of you there! Don’t miss it.”

Some select tracks from the “Images & Words” album: