This is Beasto Blanco. The main force behind this unit is Chuck Garric. He has the attitude of Glen Danzig’s skinnier, younger brother with a chip on his shoulder. This tattooed swirl of manic energy has some claim to fame as Alice Cooper’s bassplayer, but this is his band… named after his dog. Also appearing from the Coop camp is Alice’s daughter Calico who can be heard on their remake of ‘Feed My Frankenstein’.

Blanco is Spanish for ‘white fair hair or pale complexion’. Beasto… is listed in the Urban Dictionary as someone who has sex with animals in the ass with no lube.

Take what you will from the literal definition… musically, it’s a greasy affair that overdoses on rock, sleaze, and sheer intimidation. Guitar fueled and gritty deliveries stay true to the foundations of hard rock that this kingdom is built upon.

The band is set to unleash their second album, a self-titled burner that will drop on November 25, 2016 on Rat Pak Records. 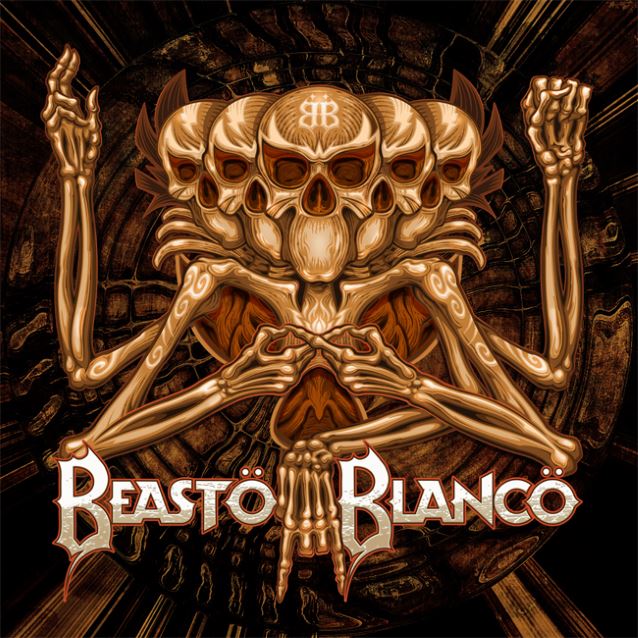 “I’m very proud of this release,” says Chuck Garric. “This new album showcases the bands evolution as songwriters and our unity as a musical force.” Calico adds: “This record is like a baseball bat to the chest that you want more and more of.”

The band has graced the masses with an advance in the way of the second track on the album, ‘Grind’.

And here is the aforementioned Alice Cooper cover of ‘Feed My Frankenstein’.