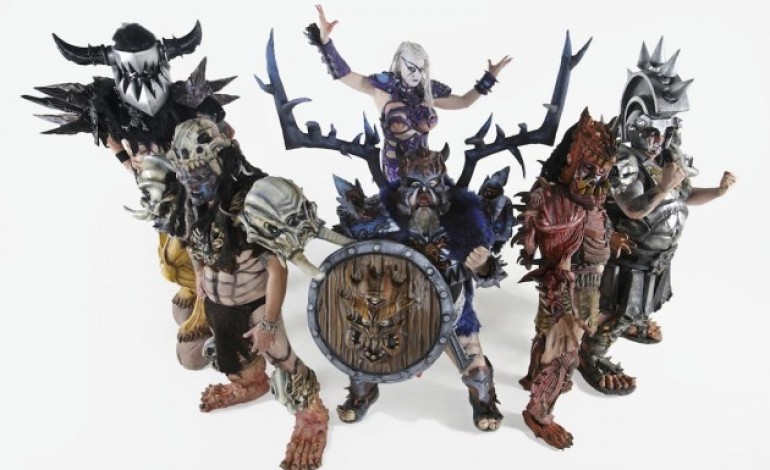 They are essentially an ultra-violent live cartoon full of bad jokes disguised as a metal band.

They hate humans. Especially you.

It pleases them when the talking monkeys of this planet give GWAR money, so in an effort to relieve even more of it from their pockets, they have announced an upcoming 4 issue run comic book called, “Orgasmageddon”.

We lost the first two interns we sent out to retrieve proof of this rumored tome, but the third one returned with this artwork: Modern Fix tried to reach out to the band for comment, but all we got was this prepared statement from 2nd tier member Sawborg Destructo:

Head writer Writer Matt Miner was more accessible and had this to say: “I always wanted to be the guy to help bring GWAR to modern-day comics. Most people when they get into comics want to do Batman or Spider-Man or write the next great Punisher story, but I really, really wanted to write my favorite scumdogs of the universe… the all-mighty GWAR! Although working on that other stuff would be cool, too.”

As to the storyline of the comic, Miner says, “People who love fun comics are gonna dig this crazy story that dives into the past and shows how GWAR not only created humans, but shaped our history to what we now know as our actual modern day reality. GWAR fans are going to love that all the creators on the book are fans – every single one, from me and artist Jonathan Brandon Sawyer, all the way to every single variant cover artist – and GWAR themselves are contributing art and co-writing the book, to boot.”

As to what GWAR fans will love most about the series, Matt Maguire (Sawborg Destructo) had this to say: “The blood… maybe the story… but mostly the blood. Oh, did we mention that Slymenstra Hymen is gonna be in it? And oh yeah – blood!”

If this is something you gotta have, it comes out June 2017, but you can pre-order it here: Matt Miner’s Website

Here is some newer GWAR with current members as the lineup has changed dramatically since the unexpected disappearance of frontman Oderus Urungus.

PS – You do NOT want to Google Image search for “ORGASMAGEDDON”… the results are mostly, not GWAR related and will make you want to erase you search history. You were warned.