The band has been a pioneer in the proto-post-thrash universe since the late 80’s.

Seminal albums like, “Beg To Differ”, “Prove You Wrong”, and “Cleansing” left appropriate scars across metal heads and metal bands for decades.

2017 sees the release of “Zero Days”… an album that finds a solid ground between the stop/start thrash of earlier works honed with the more melodic, pounding, driving elements of later career Prong. 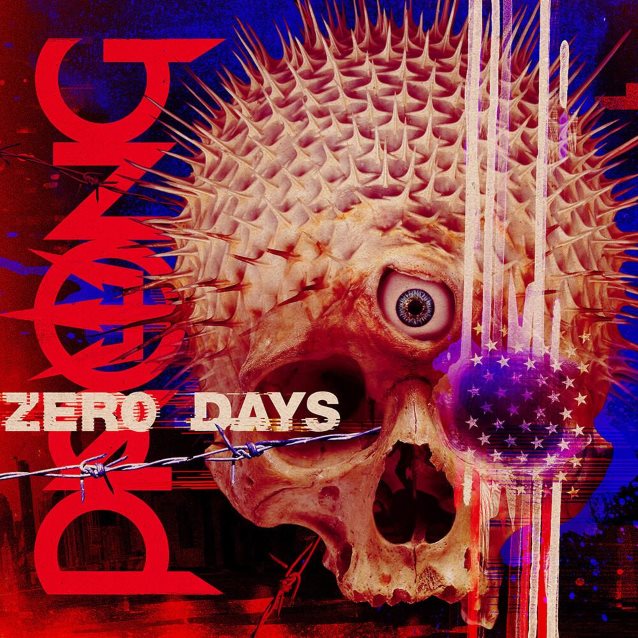 Presented as evidence, one of the first released tracks, ‘Divide and Conquer’.

Tommy Victor has no patience for your bullshit.

Lead vocalist, guitarist and primary force of Prong, Tommy Victor had this to say about “Zero Days”: “I must say a lot of effort was put into this new ‘Zero Days’ recording. From the minute I would get off tour, I would consolidate ideas from the road and form new ones. Again the focus was on creating good songs. We wanted this record to be modern as well as holding justice to all the previous releases. Again, and maybe even more than normally, I went crazy meticulous with the lyrics. I had built up a lot to say and I wanted to articulate them in the most intelligent way possible.I firmly believe the mission was accomplished all around. We are really pleased with the performances on this record as well. It’s a solid outing. We have the anthems, the bangers, the thrashers, the grooves, everything that makes up a PRONG record. It’s definitely a record to listen to start to finish!!”

The bombastic affair starts with the crushing, ‘However It May End’.

The second song, and title track, is an impossibly stuttered rhythm of aggressive guitar stabs and equally dangerous drum pummeling.

The band is touring Europe for most of the summer of 2017, but check their website for more music and dates near you: Prong Official Website