They are Canadian Thrash. Fear them.

“Our upcoming EP ‘W.H.A.T.S.T.H.A.T.’ sort of started as a joke. I just thought it would be funny to force an acronym for ‘what’s that?’ and I came up with ‘We Have Alottta Thrash Songs That Have Abbreviate Titles’. From there we came up with the concept of an EP with a bunch of forced acronym titles. The EP itself was written somewhat conceptually with the individual songs being very short thrash songs that come together to make one longer progressive thrash track, which harkens back to the title since we don’t even know what it is! We have a ton of new material in the works as well, people can expect new stuff sooner rather than later!”

The five track assault is the follow up to the band’s 2014 debut LP “M.E.C.H. METAL“, establishing the act in the well respected Montreal thrash scene. Crushing tunes with a notable live set won them Canada’s Wacken Metal Battle and they played at Wacken Open Air.

Check out this fine ripper of a tune called, ‘P.O.P.U.L.O.U.S.’ (yeah, every song on this release is an acronym, clever canucks). 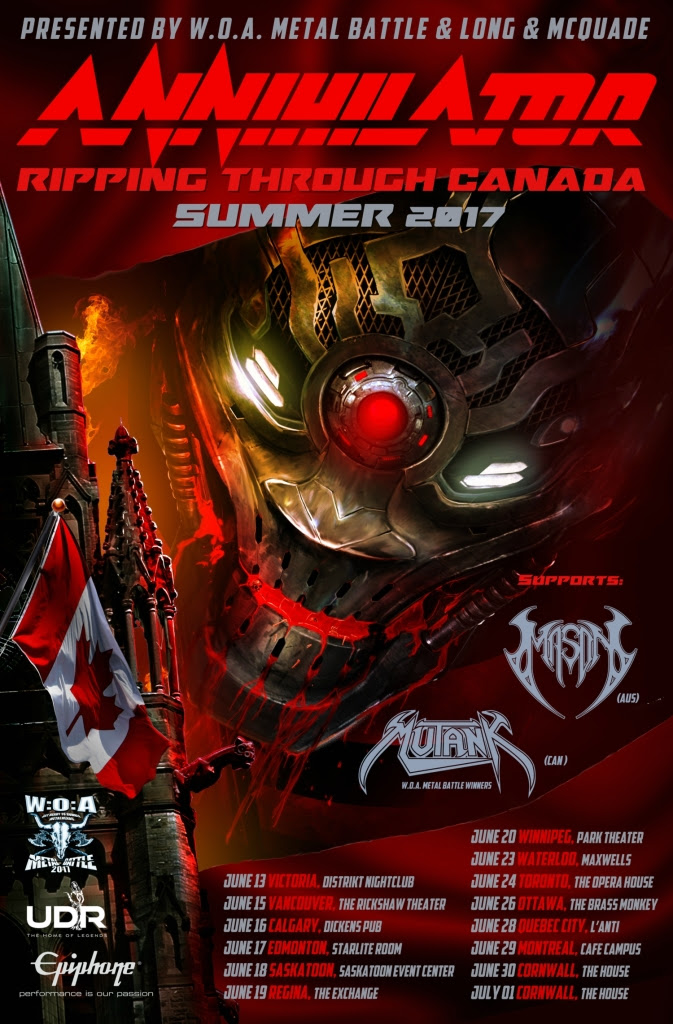