Live Review: Sick Of It All 30th Anniversary @ The Roxy – Los Angeles, CA 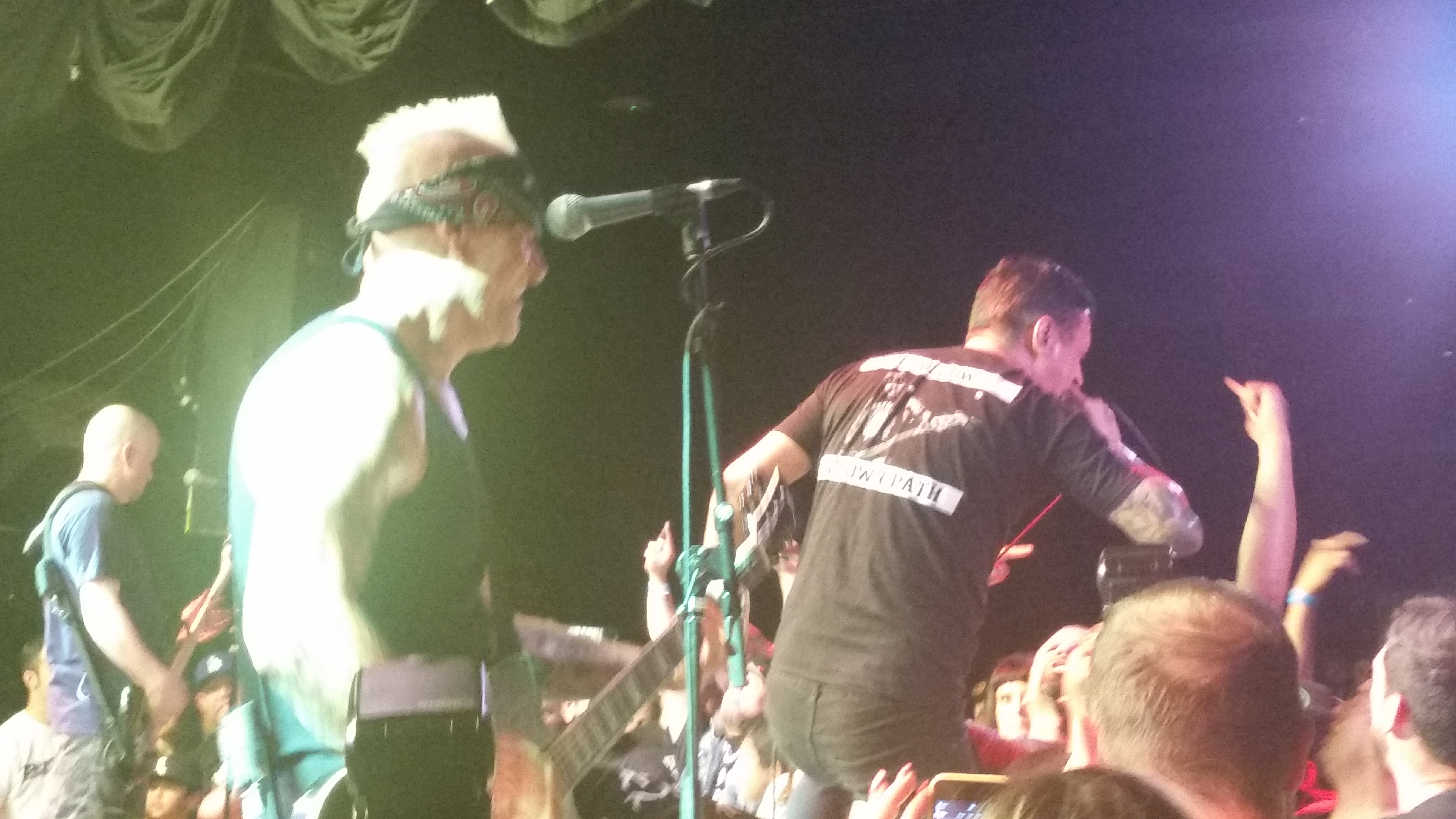 30 years in music is a major milestone, especially when it is within the punk and hardcore genre as factors ranging from economics to lifestyle stabilities play a huge role towards the career course. For veteran New York hardcore outfit Sick Of It All, they celebrated their anniversary like any other show they have done, keeping the tempos hard and heavy while the crowd ate up every moment of their set.

Since the band’s formation, Sick Of It All has become one of the few bands who have a multi-generational fanbase and consisting winning over audiences along the way. Frontman Lou Koller joked about teenagers at their shows yelling for songs from their first record (1989’s Blood Sweat and No Tears), while taking mild jabs at their older heavier tunes unlike some of the modern wave of bands. Regardless of the one liners, they have maintained themselves as one who have stayed relevant over the years and never missing a step. 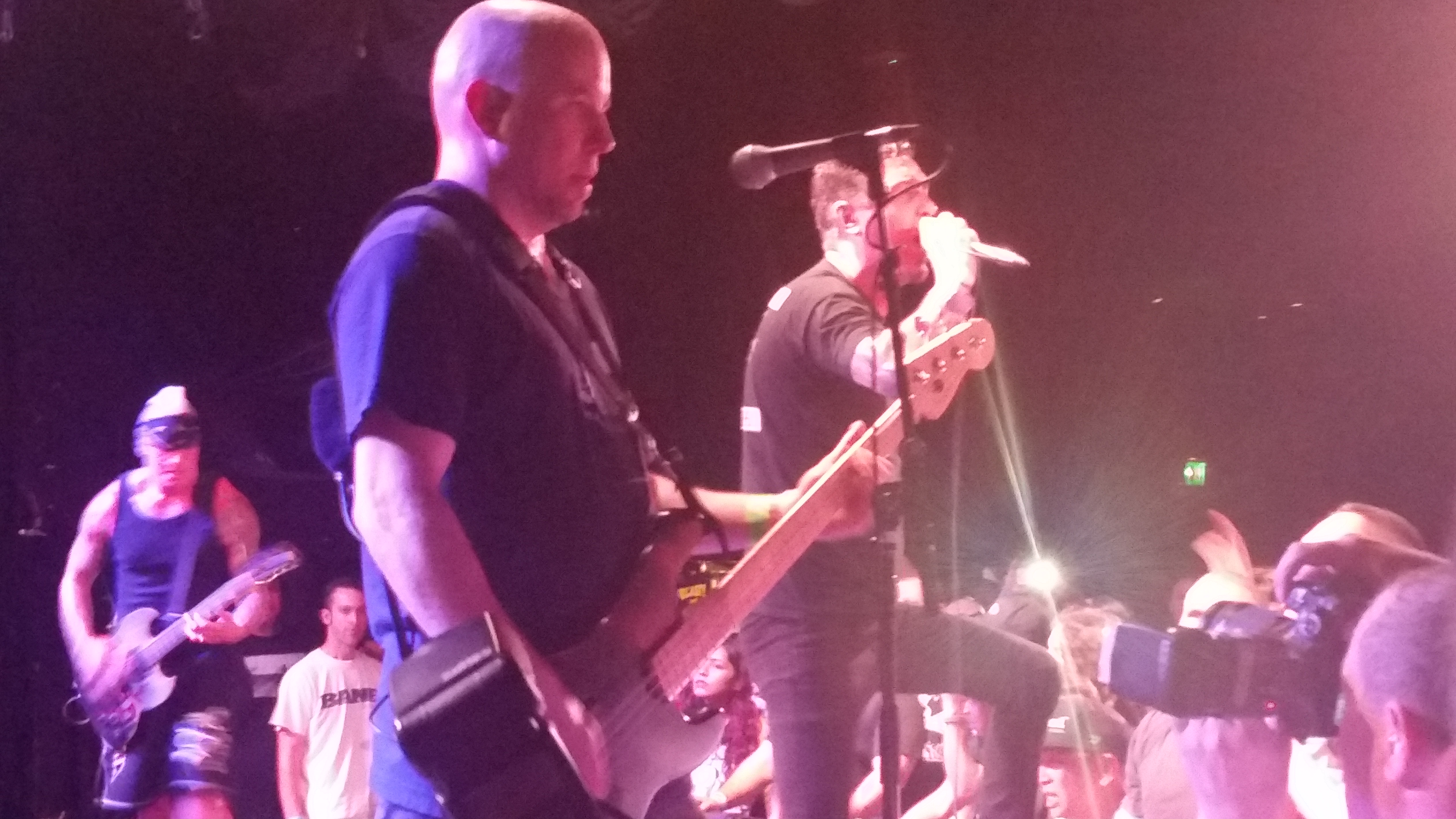 The setlist was selected by fans prior to this tour run and consisted of tunes from various parts of their career. Lou commented about the band never stopping within their 30 year run and ‘no reunions of any sort was happening’ for them, and instead they perform a healthy cross section of tunes ranging from “Clobberin’ Time” and “Us vs Them” to favorites such as “Just Look Around” and “Scratch The Surface.” 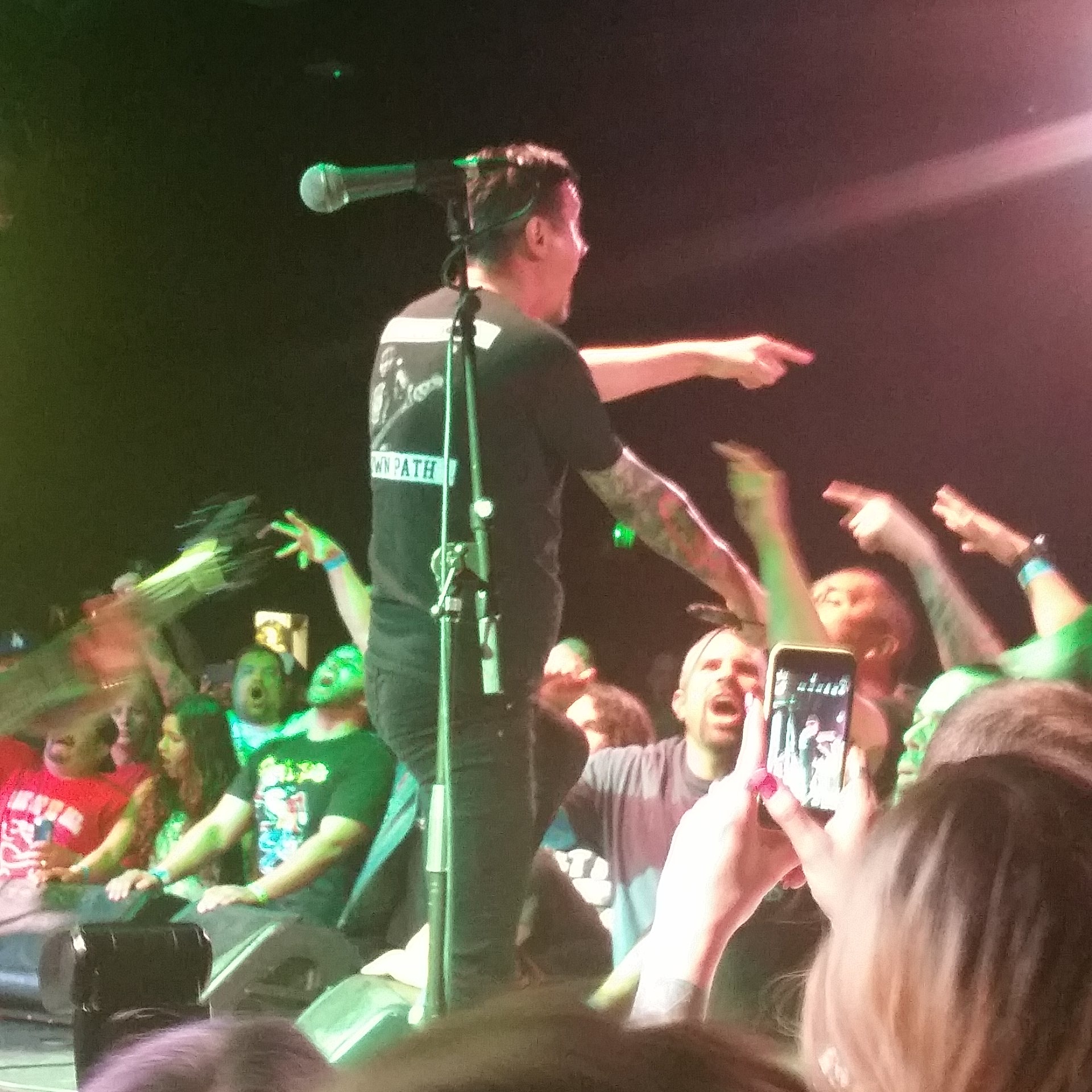 Guitarist Pete Koller and bassist Craig ‘Away’ Setari interacted with the crowd in their usual ways, from Pete’s spins around the stage to Setari leading the singalongs, while they both took turns yelling the choruses throughout the evening. While some of their stage manners such as two step (there was a joke about it appearing within the ska scene here) were borrowed from a past generation, the band still find ways to infuse that into the current generation of fans in the crowd.

Tonight’s show proved that Sick Of It All gets better with age and still throw down as hard as they did when they first appeared on the scene. While other bands have taken variations of their sound to become heavier or moshed harder than Sick Of It All over the years, they showed where a lot of this began.