This is still shot from a Once Human video. 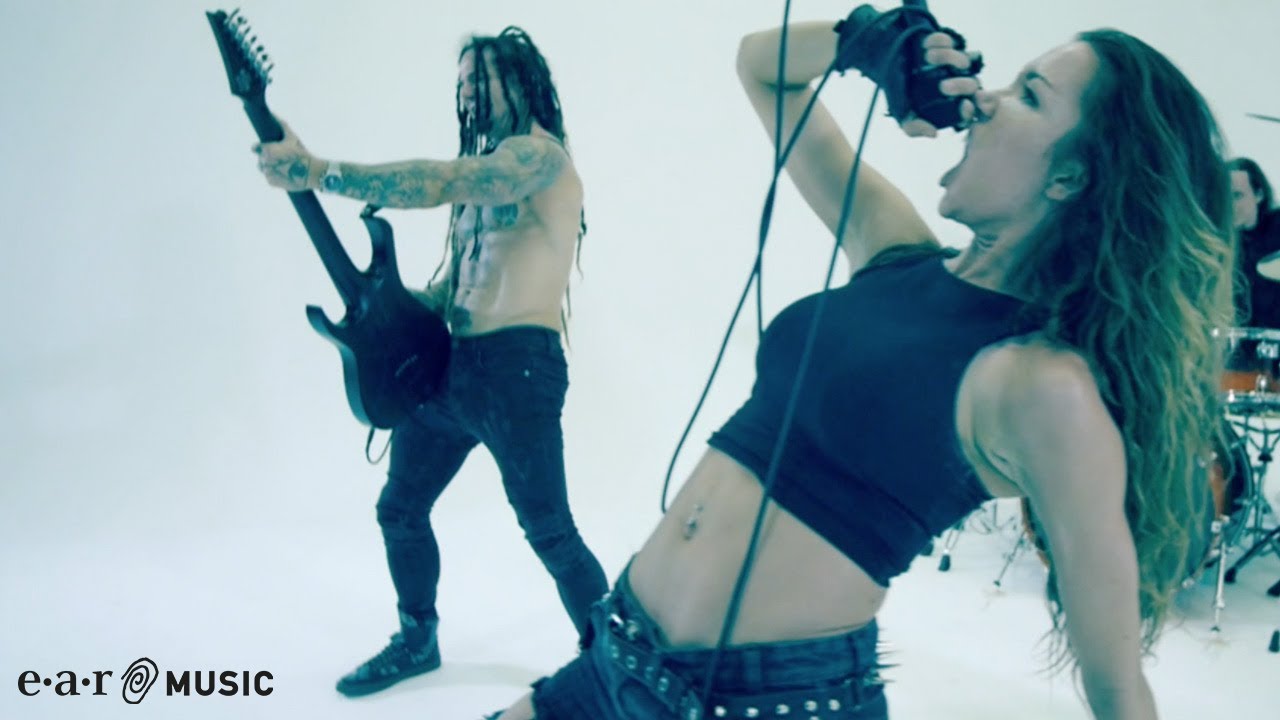 That stunning ferocity spitting battery acid on the mic is Lauren Hart. She has some guttural growls that would frighten most death metal kids. The whole band’s approach is complex with many sharp edges. Off time stutters and crushing riffs are sewn together with surgical steel cable and blacker than night duct tape. The generic label is ‘melodic death metal’. They hail from Los Angeles.

The technical guitar assault comes courtesy of Logan Mader, best known for his lead guitar work in Machinehead and Soulfly. Mader formed Once Human in 2014, and with a solid lineup in tow, released, “The Life I Remember” in 2015.

Prolific as they are savage, the band is already gearing up to release the followup entitled, “Evolution” due to hit the streets in January/February 2017. A couple of advance singles have been released. Stand back… the brutality is about to begin… look into the ‘Eye of Chaos’

Check the throat-scarring vocals that tear across rapid metal onslaughts in, “Gravity”.

And here is a lovely track called, ‘You Cunt’ from their debut album.