This is Victor Love.

Better known as the front-man for the Italy based alternative/industrial band Dope Stars, Inc. Mr. Love released his solo effort, “Technomancy” in April of 2016 on Metropolis Records. 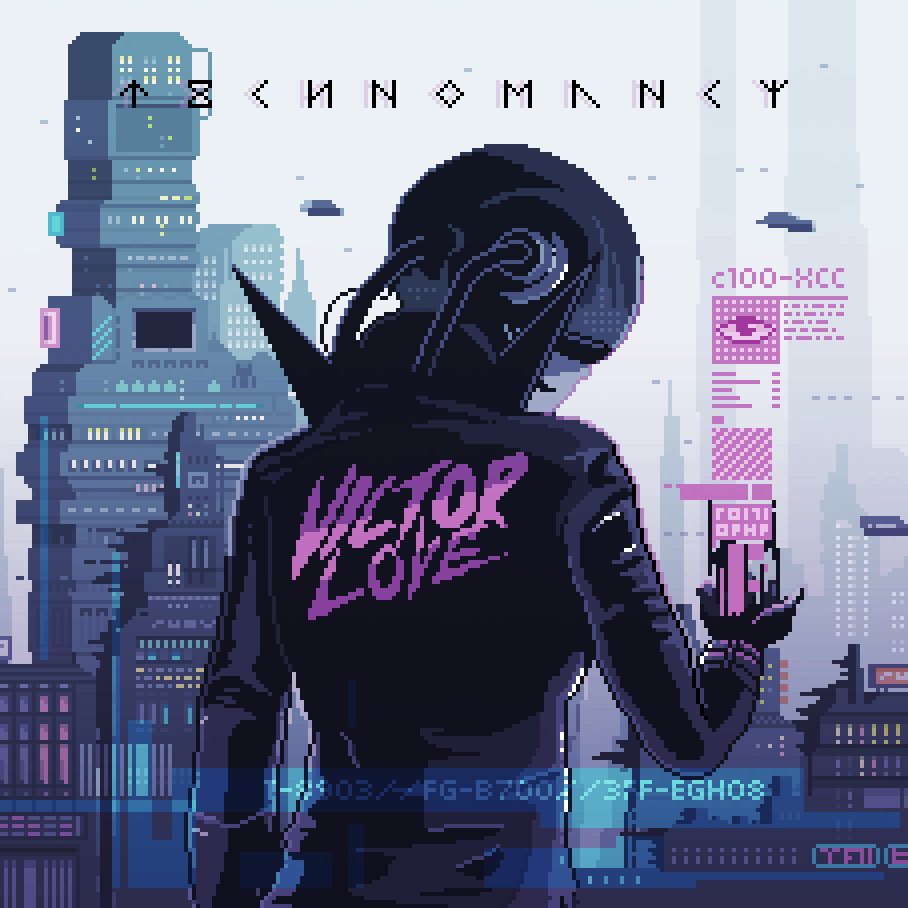 Victor moves in the right cyberpunk circles, because he managed to get TWO members of KMFDM (Sascha Konietzko and Lucia Cifarelli) to appear on his first single, ‘Bitchcraft‘.

Commenting on the new album and single, Victor Love had this to say:

“In a virtual reality where technology has become indistinguishable from magic and values are being distorted or either imposed by digital algorithms we see a society still chasing material values. A social system fed by desperation and giving the illusion we will draw the right card because we are destined for something special as long as we follow the imposed rules and sell ourselves to worship conformity without a fight.”

He elaborates on the ‘Bitchcraft’ song:

“The song is a critique to this model but more in general the whole album “Technomancy” is a ‘collection of spellware to break the firewall of conformity cast through the digital media.’ A ritual to exorcise the absurd I’ve seen happening in the dark sides of the web and beyond.”

The track wallows in electro-fed bits of rhythm with inciting bits of aggression by choice of sonics and tempos and a nod to the crush-beat-guitars that KMFDM fans will appreciate.

And if you are just now stumbling upon the world of Victor Love… here is some of his Dope Stars, Inc. band…