This is Shawna Virago. 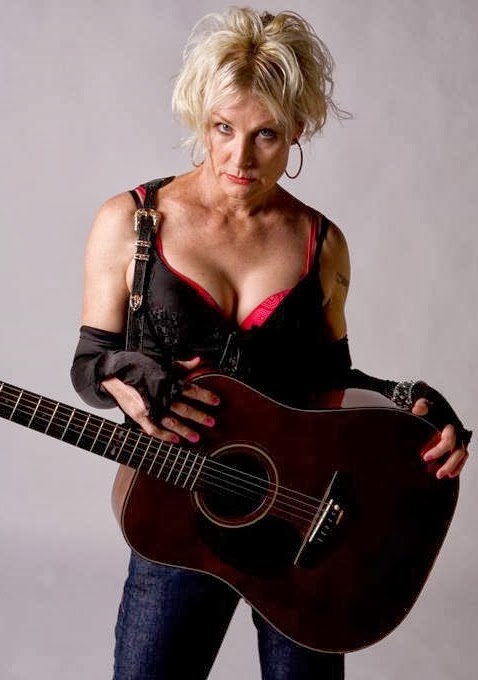 The San Francisco based artist specializes in minimal, heartfelt, acoustic numbers that are raw and exposed.

Lyrically driven, she flirts with a folk-punk sensibility in her delivery, content to push simple, pleasant melodies that hold up the vocals.

Much of the inspiration is drawn from her own life as she slowly evolved into a transgender cult solo artist. She has been performing as a woman since the early 1990’s with intimate shows that feature music and stories from her life delivered with the flair of a stand-up.

When not on the radar of the mainstream, artists who don’t ‘fit the mold’, regardless of why, often struggle to find their audience. Shawna has made some impressions in the circles that are more receptive to the LGBT community. Her music has been profiled in many publications, including Bitch, the Advocate and Curve magazines and on left-of-the-dial radio. Shewired named Virago as one of the nation’s “Top 25 Hot Femmes.” The Advocate named Virago’s song ‘Objectified’ as one of the nation’s top transgender anthems.

Shawna Virago is also active in her own local scene acting as the Artistic Director of the San Francisco Transgender Film Festival.

In addition to her music, Shawna Virago is a published writer with work appearing in Gender Outlaws: Next Generation and in the anthologies Trans/Love: Radical Sex, Love & Relationships Beyond the Gender Binary and Take Me There. Virago has been featured in documentary works on PBS and NPR.

As for her music, if you need a more familiar comparison, think Nick Cave with the song writing sensibilities of Leonard Cohen who is ‘really into’ a Billy Bragg record.

However, her music is as serious as a sunset… simultaneously beautiful and wistful, telling tales of gender rebels and surviving in a predatory world.

Some of this journey is captured, unprocessed and unprotected, strong enough to stand on her own, frail enough to feel the ache… on her full length, “Heaven Sent Delinquent”. 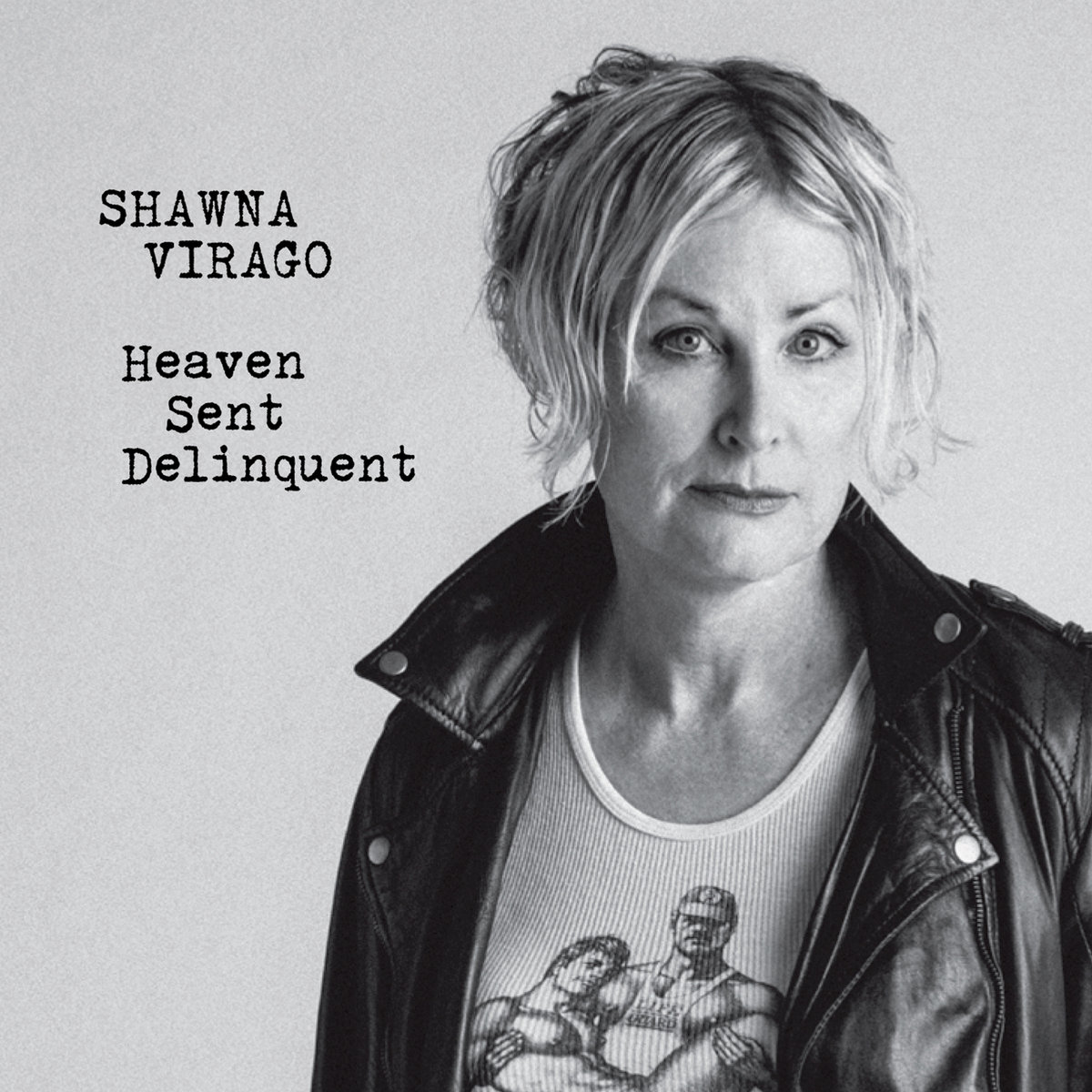 “Bright Green Ideas” opens up the album, with a story-telling sensibility and plucky acoustic strumming, slightly punk, slightly folk… she rides this line deftly throughout this release.

“Burnout” stands out as one of the more ‘biographical’ sounding tracks, made even more moving with a well-timed harmonica. Shawna’s voice sounds smooth and intimate, dragging out the title through vocal dives to accentuate the despair.

There is an expected sensitivity that weaves it’s way through most of the songs offered on this release, yet, it’s a confident path. One gets the vibe that this music is more than some stories, more than some catchy melodies. These are the chains that link together to make a stronger Shawna Virago.

The best music comes from struggle. I’m sure living trans-gendered presents a whole array of challenges most people have little idea about. Artists like Miss Virago will be crucial in changing that.

“These are the stories of my generation – a generation of transgender people who came out long before the internet, before transgender celebrities and reality TV stars … before anybody gave a shit about us.” – Shawna Virago